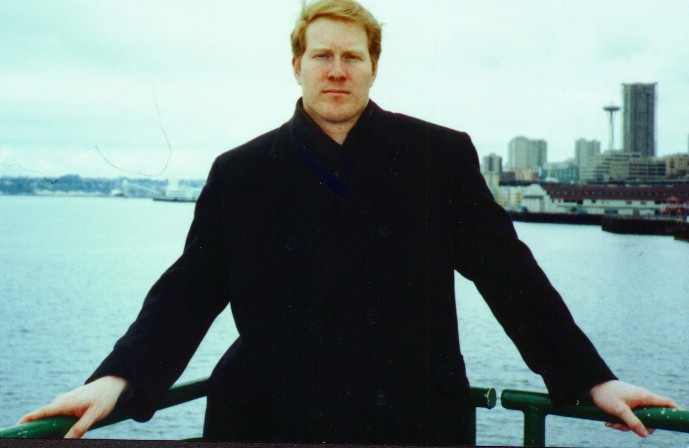 Thanks for stopping by.

If you are curious, my resume is on-line now.   Jill and I finally achieved something worthwhile, we managed to deliver a beautiful baby girl into the world.  Katherine Olivia is a fine thing in an otherwise mediocre world.
Recently, we have started attending Davidson County Young Republican meetings.  If you live in Nashville, you might consider giving it a shot.
In this page, I hope to introduce you to some of the things that I enjoy, and a few things that I wonder about.  As my father is fond of saying, "Life is Decisions."  I constantly wonder just what that means, but have come to believe in a few fundamental things along the road of life.

First, we all do well to think more about where we are going as a society, and to reach beyond our grasp from time to time.  That is how great things are accomplished.
Second, that government is best what governs least, and acts only to protect those who cannot protect themselves.
Third, all people deserve the chance to be heard.
Fourth, and perhaps last at this time, (I am, after all, only 25) since you only live once (that we are aware of), you might as well make sure you are doing something you love with your life.  When you do something you love, you tend to find a way to make a living at it.


Questions I would love to have answers for:
Can our rights exceed our responsibilities?
Can we achieve a color-blind society without moving beyond the artificial concept of race?(I have done some analysis on this, and written a paper  on the subject)

How are we as a nation going to deal with the huge demographic imbalance created by the Baby Boom and their collective decision to spend much more than they earn?

Do we have a real democratic republic when we allow the Supreme Court to decide what issues are "too important" to trust to the people?
(Again, I have written a paper on this, but don't pretend to have all the anwers.)

Nothing interests me quite like a good movie, and these are my four favorites: 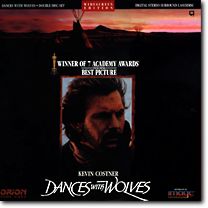 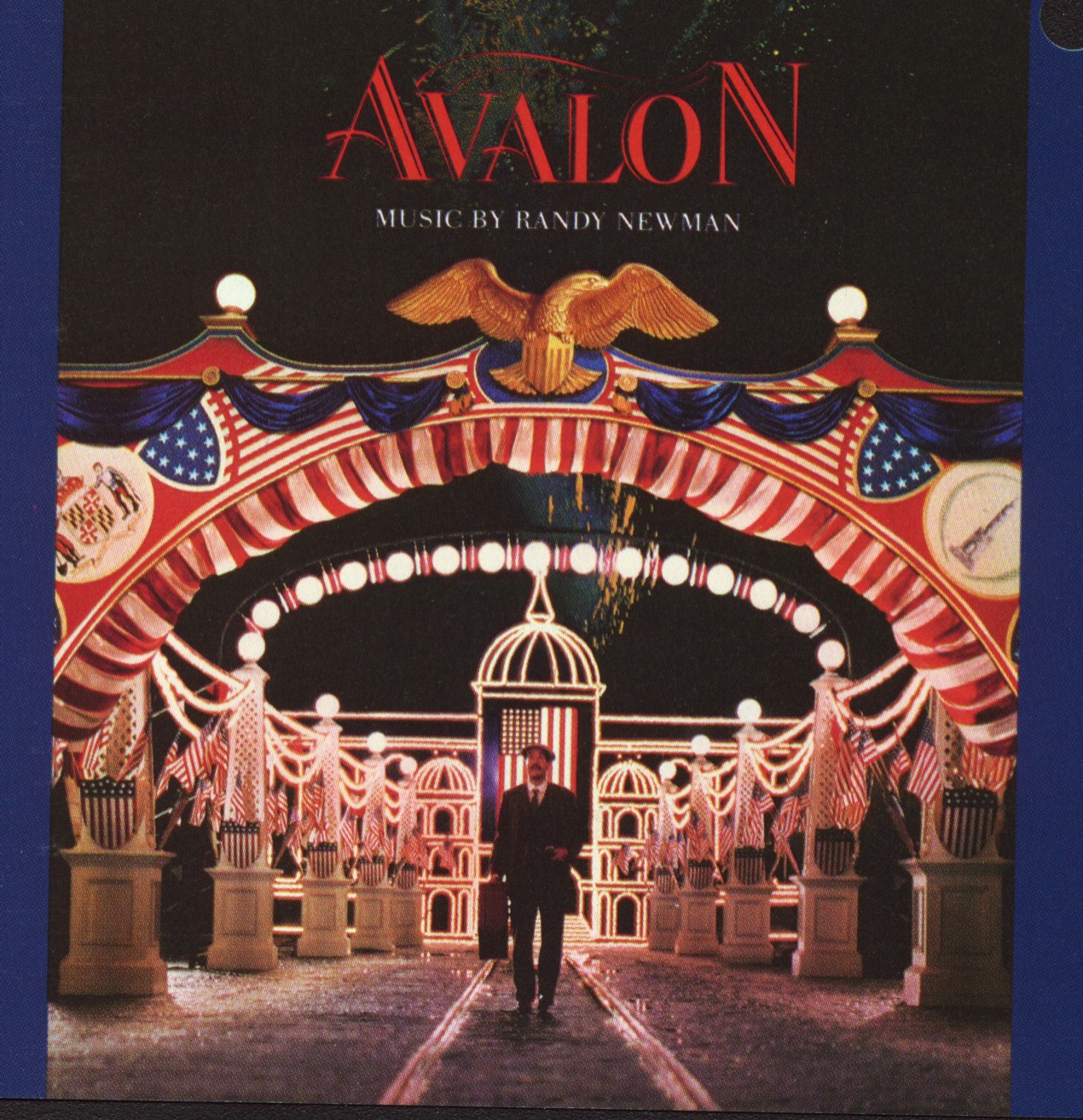 Although, the best movie I have seen this year (and one I recomend to anyone who is up for an intense piece of movie-making).  It was robbed at the Oscars.  Shakespeare in Love was fun, but come on, was it really the film we will treasure generations from now?


Additionally, I enjoy Science Fiction, in most of its  incarnations.

In general though, I appreciate especially the worlds created by Frank Herbert's Dune series, the fun of the Star Wars trilogy, and Julian May's vision for the future of humanity(The Saga of the Pliocene Epoch etc.).

Being a dedicated Science Fiction fan is tough, but I try to keep up with these shows:

Star Trek: Deep Space Nine
Babylon 5--losing cable really ruined my ability to keep up with this one.
Babylon 5-the Official Site
There is a lot of useful Babylon 5 information at the encyclopedia of Babylon 5

Just so you don't think I spend all my time in fantasy land, I also spend a good bit of time reading history, and trying to grasp the nuances of our past.  After all, it is the best tool we have to understand and manipulate the future with.

I have three favorite Presidents:  Thomas Jefferson, Theodore Roosevelt, and Harry S. Truman.  Each is a study in contrasts, and each presents a different model of leadership.  As I find resources on the web, I will link you to them here, so you can take a look at their work and their example.  I don't claim that any of these men are ideals, nor perfect, but I do believe that each took the world they were born into, conceived a vision, and fought to make it a reality.

For Thomas Jefferson, the best example of his leadership is his writings.  I have linked you directly to an  archive, so you can read the man's words on  his terms.  I will try to add more as I can get to it.   I recomend Thomas Jefferson, In His Own Words, published by Barnes & Noble.  Most biographies of Jefferson either soft-peddle his humanity, or focus only on the historian's arguments about his personal life.  For that reason, I don't have one that I can recomend.  He is truly, "The American Sphinx".

For Theodore Roosevelt, the words he spoke are perhaps his greatest contribution to history.   For now, I can only find a collection of his public statements.   The biography of Roosevelt by Nathaniel Miller is a good starting point.

Finally, for Harry S. Truman, it is his will and his determination to fighting to the end that is inspiring to me.  I am still struggling to find the right example of that, but his whistle-stop campaign is surely the most prominent demonstration.  For now, you can take a look at his museum, in Independence, Missouri.  I can't think of any work about Truman that better embodies his spirit than the biography by David McCullough.

Historically, though, presidents are not the best example of leadership I am aware of.  Martin Luther King, Jr. did more without ever holding a political office than many who were president for eight full years.

As a brief aside, one of the best historical sites on the web is the National Archive's Power of Persuasion site.

Additionally, I love to study the Second World War in general and the Pacific War in particular.  If you are interested in CD-ROM games that capture the flavor of that conflict, I recomend the old classic Silent Service.

This is a nice segue to another hobby of mine, computer games and strategy gaming.  By far the most exciting board game I have played is Axis & Allies.  It is expensive, but endlessly replayable, and best when enjoyed with four friends.  I have found a nice site on the web with good info on variants of the original board game, for those who may be bored with the original.  Now that it is available as a CD-ROM, I look forward to playing with folks over the Internet. Email me if you want to set up a game.

On the computer, Civilization II, TIE Fighter, and Panzer General II are my top recomendations. Imperialism has crept onto my hard-drive lately, and it shows promise as a good and complex simulation. 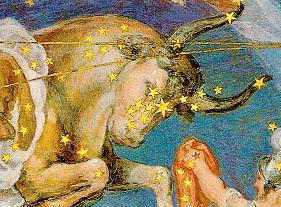 From time to time, I take account of zodialogical commentaries.  If you are curious, I am a taurus.

Of course I like to watch sports, and am happy to see the AFC end their 13 year losing streak in the Super Bowl (especially since the 49ers weren't involved in the AFC's redemption.)
Favorite Teams:
San Francisco 49ers
Los Angeles Lakers
St. Louis Cardinals
Barcelona Dragons
Indiana Hoosiers (for basketball, although the General has disappointed me recently)
and

Thanks for spending some of your valuable time with me.  If you have comments, or suggestions, send them my way.

Mikhail Lermontov, a great Russian poet, has some works I find intriguing.  Check them out here.
You could also read about the greatest lawyer ever, Cicero. Plutarch's life of Cicero is available.
Thomas Sowell strikes meas one of the more thoughtful of today's commentators.

Two brothers on vacation; which way to the party?